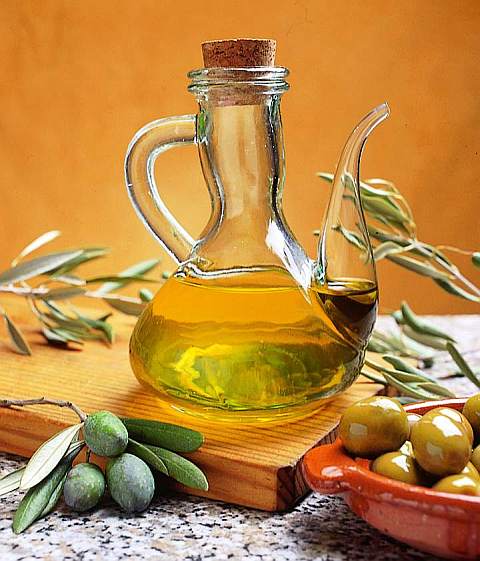 The history of the olive oil is linked to the olive tree culturing. The origin of this tree (Olea europaea), according to a theory, is situated in the coasts of Syria, Lebanon and Israel . Other researchers think that it could be original of Asia Minor. Probably it was brought to Europe by the Phoenicians, coming through Cyprus, Crete, and the Aegean Sea Islands, Greece and later to Italy. The first evidence of the presence of the olive tree on the Mediterranean Spanish coasts coincide with the Roman domain. Anyway, it were the Arabs who promoted its culture in Andalusia, turning Spain into the first olive oil producing country of in the World.

About 1560, the Spanish conquerors introduced olive tree in Peru and Mexico. In 1769 it passed to California. Nowadays the culture of the tree spreads over all the countries which have adequate climate .

The Spanish name (aceite) and Portuguese one (azeite) comes from the Arabic word “az-zait”, which means the juice of the olive. It has served for centuries as food, fuel for system of illumination, medicine and liquid to reinvigorate the human organism. In Portuguese, “azeite” only means olive oil, as the Spanish aceite describes any type of liquid fat. To specify the type, you have to say “aceite de oliva” (olive oil), as in English language.

Some of the extra virgin oils are labeled as “organic”. It is a marketing term that means nothing. A “gourmet olive oil” is also a not defined expression. It is supposed to be a very high quality product, but it is not sure.

Virgin olive oil is the same than the Extra Virgin but with a limit of free acidity of not more than 2%.

When the virgin olive oil has an acidity higher oh 2% or/and inadequate odor is called “lampante” and cannot be commercialized . It is not edible and should be refined.

It is a mixture of refined and virgin olive oil (10-15% of the second) with acidity not superior to 1.5%. It has not the healthy properties of the virgin one and its relation value for money is not worth it. Avoid it.

“Pure olive oil” is an old expression to describe olive oil, today prohibited in Spain. It causes confusion. Reject products with this label.

Oil made with the refuse of the olives (pomace) after pressing. It is a refined product and may contain a small proportion of other oils. It is also not recommended as a source of health.

WHY OLIVE OIL IS SO HEALTHY?

Olive oil and Mediterranean Diet are associates terms. There are many evidences that the Mediterranean Diet prevents from many types of cancer such as breast cancer and colon cancer. At the beginning, the supposed benefits of the Diet were only prevention of heart diseases and stroke. Later this benefits extends to Alzheimer’s and Parkinson’s diseases, asthma and metabolic syndrome, a group of risk factors of coronary heart diseases. The researches have included other diseases in connexion to artery obstruction such as belly fat, high level of cholesterol, insulin resistance, glucose intolerance, high blood pressure, high blood sugar and pro inflammatory hazard. It also keeps people away from mild cognitive impairment, diabetes, depression, rheumatoid arthritis and some other chronic diseases.

The most plausible answer for the benefits of the olive oil can be its specific composition. The balance among its different fatty acids: 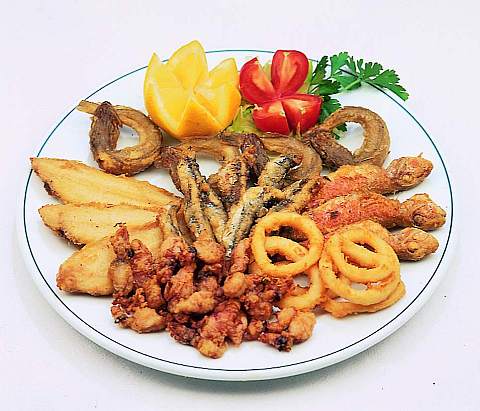 Olive oil dipping has been for centuries the “snack” of the Mediterranean people.

Olive oil is a natural product and adding to it any  flavor is something very personal.  You can put garlic or herbs and leave it for weeks (no more of 6 months as the oil may become rancid). Anyway this oil should be virgin and raw (never heated).   Olive oil for dressings should be raw. You can do lemon olive oil putting in a bottle the zest of a big lemon (properly washed) with a liter of virgin olive oil. Remove the zest after two weeks.

Olive oil calories: 9 Kcal/gram. There is not “light olive oil”. It should be another product. Not olive oil.

The temperature of the olive oil shouldn’t go higher than 190º C.

Do not use olive oil sprayer. It is not “Mediterranean” and can ruin your dresses. Children also like to play wars with them. Use cruets.

Olive oil must be bottled. In Spain it is not allowed to sell it bulk, loose or unpacked to final consumers.

There are olive oil soaps and lotions. Thir properties depend more on the final product that on the oil.

There is no relation between olive oil and hair loss. Of course you can put olive oil in your hair, to make it more manageable and make it look healthier. But don’t forget it will be “oily” until you wash it.

Anyway, it has been revealed that many unbalanced diets may provoke hair loss. Being balance and natural, Mediterranean Diet is a good option for alopecia.

For further information go to Olive Oil from Spain