March 12, 2017
Megarexia, opposite to anorexia, is a term coined by the nutritionist Jaime Brugos
Posted by Alberto Roycor Updated on March 12, 2017 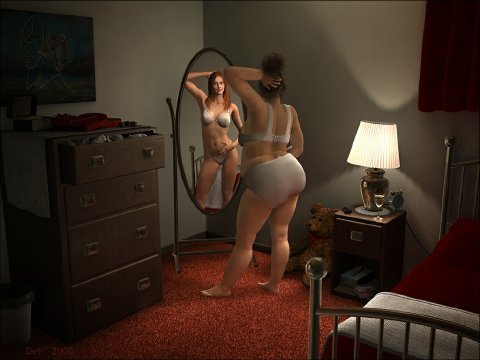 Megarexia is the opposite to anorexia

Megarexia, opposite to anorexia, is a term coined by the nutritionist Jaime Brugos. The pretended meaning is an eating disorder that makes fat people think they are thin. No matter they can be obese, they look in the mirror and do not see it. They think they are healthy and lovely. They are “megarexics”.

According to Brugos, anorexia and megarexia have their roots in the brain. “Both diseases distort reality and the way  the individual perceives himself,” says Brugos.

Vigorexia is another disorder characterized by obsessive preoccupation with physical and body image. It is also a distortion of the perception that people have from themselves. It can have two derived behavior patterns: extreme sports activity, or eating compulsively to gain weight due to the feeling of being still too thin. In this case it is the same as the invented term megarexia. Although vigorexia affects mainly men, it is a disease that also affects women.

Another word to describe this eating disorder is fatorexia, being the sufferer called fatorexic. The term comes from a British businesswoman called Sara Bird, who wrote a book about the issue with this title. From 2010, fatorexia is increasing its popularity Many consider that fatorexia is a more modern expression than megarexia. It is up to you how to refer to it, but it is the same problem. The negation of reality of being obese. When a megarexic looks to a mirror, he or she deviates the look to some preferred parts of his/her body: face, hands, etc. he or she prefers hand held mirrors and avoid a full-length ones.