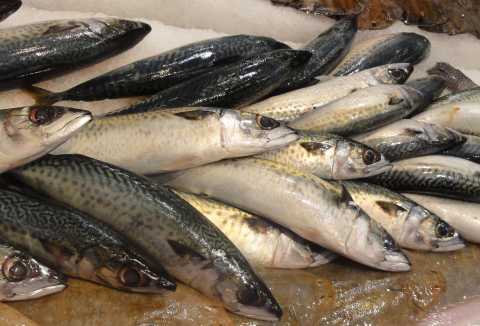 Cheap fish is part of the Mediterranean Diet.

Do not forget that the original Mediterranean Diet was based on poverty. When Dr. Ancel Keys discovered that the nutrition pattern of the Crete inhabitants was one of the healthiest in the world, this diet was formed by vegetables, bread and olive oil, small fish like sardines and anchovies, legumes and, from time to time, a little bit of meat and red wine.

This pattern was very similar all around the Mediterranean basin. Little differences were found in the way the food was prepared, but the nutrients were essentially the same. The rates of heart diseases’ deaths were very similar. Low, in all cases.


All these people had also something in common. It was a high level of physical activity, mainly as the result of hard manual work.

The present economic crisis has made some people return to home-made food. Legumes, vegetables and cheap fish are coming back. In some countries, fruit is now cheaper, when manufactured products are maintaining the prices. It is a new opportunity to save the human race. Not everything is going to be bad!