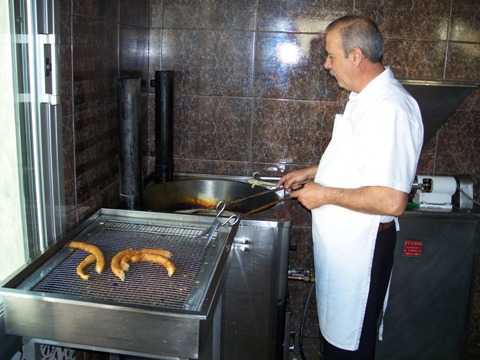 Churros, known in some places as a Spanish doughnut, are deep fried dough made out of wheat flour, salt and water. There are basically two types of churros, the thinner ones and the fatter ones, being the seconds called in some Spanish regions as “porras” (clubs). 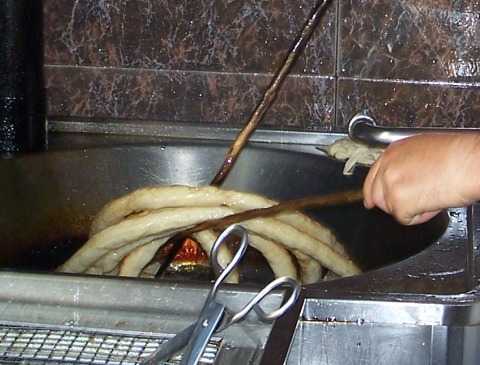 Having a nice cup of hot chocolate with churros is a very old Spanish tradition. They can be also accompanied with white coffee, milk and in a very few occasions, with tea.  You can have them in the same churrería, a type of coffee shop or take them away. Specially in Sundays and Bank holidays, the whole family goes out to enjoy the “chocolate con churros” . The origins of the churros and of its name are almost unknown. There are several theories about the issues. Some of them say that they began to be consumed in Catalonia at the beginning of century XIX. Others think that it were the Arabs who brought them to the Iberian Peninsula. A third group point at the shepherds as the creators, deriving the name of the food from the cattle churro, due to its form resembling the horns of the sheep. In any case, any official version does clarifies its origin, since there is not any type of trustworthy documentation. Even the Madrid Churros Producers Association, that it has investigated thoroughly the subject, has been able to shed light upon it. 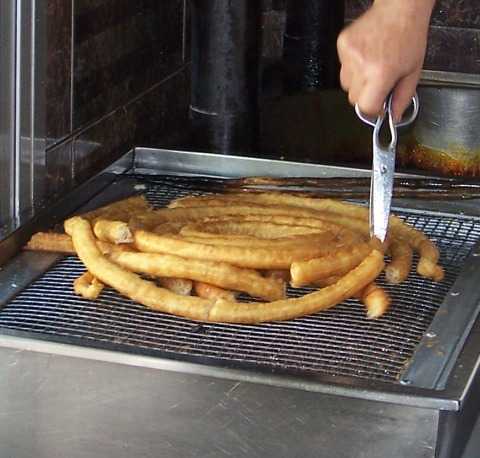 The secret to make the churros is in its mass. In order to prepare a perfect mass it is necessary to mix in rigorous order the wheat flour, the salt and finally, the boiling water. When the dough is properly done, you have to put in in the ‘ churrera’, a special designed machine. . While they are leaving, they are fried in abundant very hot oil until they are gilded.. What yes one knows, is that they are of Spanish origin although nowadays they are appreciated in all the planet. They even exist churrerías in the United States! 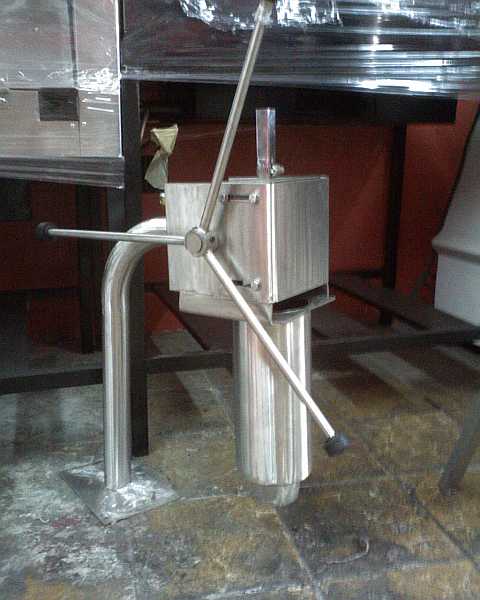 Calories: 100 grams = 360 Kcal.  Watch that the churros are fried in olive oil not overused!