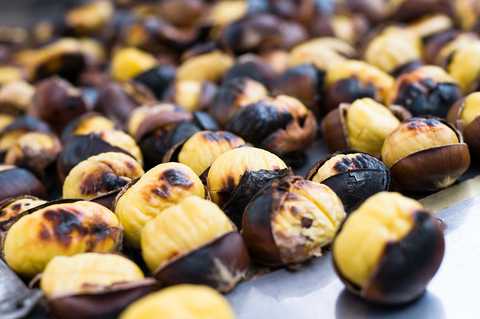 Some people complain about the difficulty of cooking chestnuts. Roast chestnuts are delicious, but not very easy for some people to make them at home. On top of that, they are more digestive boiled or, easier, cooked in the microwave oven. Moreover, if you eat them frequently, you should consider avoiding the carbon parts that the roast chestnuts have. Just in case! Have you heard the many questions about the possible relation between the barbecue and the cancer? It could be applied to any burnt food.

Heterocyclic amines and polycyclic aromatic hydrocarbons, created when grilling or roasting certain types of food, in a word, exposing them to a hot coal source, were added by The National Institute of Health, Dept. of Health and Human Services, in 1995, to the list of cancer causing agents.

Of course that a few barbecues in a year, or several packages of just made roast chestnuts are not a great risk. But if you have the habit of eating chestnuts, make them either boiled or better in the microwave. It’s the quicker way of cooking chestnuts.

To use the second method, you have to slit their skin before exposing them to the heat. It is better to draw an X with the knife, put the chestnuts in a bowl, add some water just to cover 3-5 mm of the bowl and… place it in the microwave…for ten seconds.

Don’t forget to slit the chestnut

This is very important to let the steam be released. and avoid a chestnut may explode. It will not destroy your microwave, but will produce a big mess. In function of the results, try again keeping records of the number of chestnuts, the number of seconds and the texture you want to get. I prefer the chestnuts crunchy. I only want them to get peeled easily. No more. Other people like them soft. The characteristics of you oven also counts.

Trial and error is the base of the Research and Development, even in cooking chestnuts! 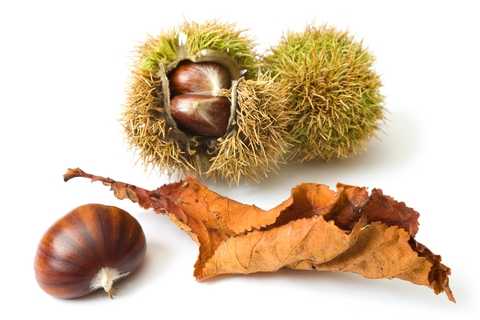 The following one is a picture of peeled chestnuts after exposing them to the microwave heat. It can be eaten like that, more cooked, or can be used for another recipe.

Three pieces of average chestnuts have 65 calories, 1 gram of proteins, 14 grams of carbohydrates, 1 gram of fat (20% saturated, 50% polyunsaturated and 30% monounsaturated), 1 gram of sodium and some Vitamin C… that can be destroyed by heat. If you need vitamin C, eat fresh fruit. 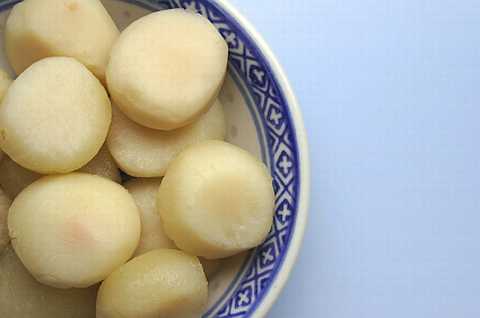