March 18, 2017
Quinoa is not actually a cereal grain or seeds but is a broadleaf annual plant
Posted by Alberto Roycor Updated on March 18, 2017 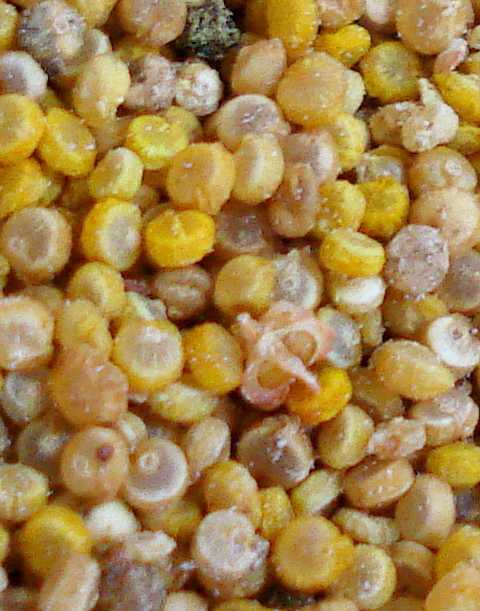 Quinoa is not actually a cereal grain or seeds but is a broadleaf annual plant belonging to the Chenopodiaceae family, which also belong beets, spinach and collards. In addition to seeds, leaves also benefit cooked as fresh vegetables

Quinoa was the staple food of the Incas for thousands of years until the arrival of the Spanish conquers who despised and rejected it as “Indian second class food”. Quinoa, the sacred seed, was then replaced with corn and potatoes. Obviously it is not a Mediterranean food. Anyway, due to its extraordinary nutritive properties is being progressively known and adopted everywhere. Today, this product is being grown again in The Andes and, for the first time, in many parts of the World.

Quinoa has to be washed

Quinoa (Chenopodium quinoa Wild) is not actually a cereal grain but is a broadleaf annual plant belonging to the Chenopodiaceae family, which also belong beets, spinach and collards. In addition to seeds, leaves can also be cooked as fresh vegetables.

Quinoa is rich in carbohydrates, high biological value protein containing all essential amino acids, unsaturated fats, minerals and vitamins. It also has high quantity of fiber and contains no gluten, so people suffering celiac disease or gluten intolerance can safely consume it. Its flavor resembles brown rice, but its texture is much finer and reminds the couscous.

Their long shelf life is due to the presence of a saponin that protects the grain from attack by pests or insects. This protection disappears only when washing with water.

It is a food easy to digest.

WHY IS QUINOA RECOMMENDED?

Quinoa for celiac: Although quinoa is a recommended food for everyone. It is highly recommended for celiacs, because this cereal contains no gluten. Other cereals have many proteins and healthy fats like omega 3 and 6.

Quinoa for children and pregnant women: For children or pregnant women, as we have said, quinoa is an exceptional food. It also does not contains gluten, so it can be added to the preparations even of the babies in the form of purees. It has arginine and histidine, fundamental for the development of children, and folic acid indicated for pregnancy. On the other hand, improvement has been documented in hyperactive children who consume omega 3, a fatty acid present in quinoa.

Quinoa for diabetics: It also has a low glycemic index so it is ideal for people with diabetes or who want to lose weight.

Slimming Diets: As we said above has a low glycemic index, lots of protein and few carbohydrates, plus lots of fiber that helps to satiety. It is certainly a food that we must include in our diet to help us lose weight.

Against cholesterol or constipation: Due to its compònents of soluble (1,5%) and insoluble fiber (10%), it controls blood cholesterol levels. It is also recommended for people with constipation.

For athletes: For athletes it is a very complete food, since it has many proteins, and stands out in its micronutrients, such as potassium, magnesium, calcium, phosphorus, iron, zinc and vitamins A, B, and E.

Ideal for vegetarians: For vegetarians is an essential food for its protein content and nutritional qualities, which make it a good substitute for meat without the component of the saturated fats it contains. In addition its protein quality is superior to that of meat and even milk, being only surpassed by the egg.

It is important to rinse thoroughly the product under running water to remove the bitter taste. You will see that it gives off a kind of foam, just the saponin that gives the bitter taste, a natural toxin that avoids having to use pesticides in its harvest. Saponin has already been eliminated in many commercial presentations, but nevertheless it is advisable to make sure with a rinse. If you want to give a nutty nutty flavor, you can brown the grains in the pan with a little oil (2 teaspoons per cup of quinoa) for about 5 minutes, stirring constantly, until slightly browned Burn it). 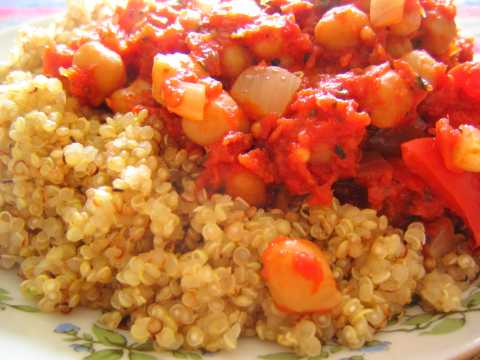 Quinoa can accompany many dishes

Grain is cooked like rice, i.e. three measures of water to one part quinoa.  It has to be cleaned and washed thoroughly with water before cooking, not only to remove dust and small stones but specially to eliminate the saponins, which are inedible. The best way to cook the quinoa is to bring plain water to boil and then add the quinoa. Reduce heat to a minimum and cover the pan, waiting between 12 and 15 minutes. It is preferable to add the salt when it is finished cooking.

Another method that improves the taste is to fry the quinoa in a pan with oil, stirring constantly and once golden, cook as above. In this way acquire a flavor reminiscent of nuts.
You can use the quinoa to accompany many types of food.

In a bowl with microwave-safe lid, put the liquid and quinoa together. Cook for 3 minutes, remove from the oven, stir, let it rest for 1 minute and cook again for 3 minutes. If it is still not ready, add two tablespoons of water and cook for another minute. Remove from the oven and allow to stand for 1 minute to finish cooking and absorb the remaining liquid. Stir and use in the recipe chosen.