March 25, 2017
The oldest restaurant in the world is “Restaurante Botín”, in Madrid
Posted by Alberto Roycor Updated on March 25, 2017 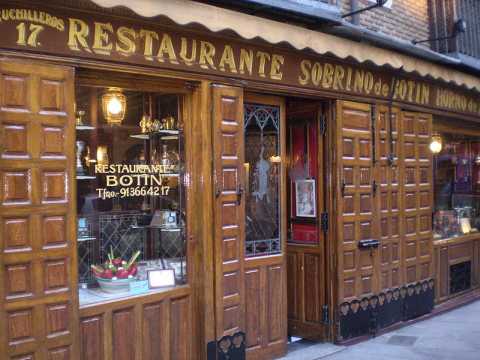 The World’s Oldest Restaurant is in Madrid

“Restaurante Botín” or Sobrino de Botin (Botin’s nephew) is a restaurant established in Madrid in 1725. It is registered by the Guinness Book of the Records as the oldest restaurant in the world. Part of the folklore says that the young Francisco de Goya worked there as a waiter while waiting to get a place at the Royal Academy of Fine Arts in Madrid.

Botin and his wife Jean founded the restaurant in the year 1725 (date set in stone at the entrance) as an inn with a wood stove. The local business located on the ground floor of Calle de Cuchilleros, 17 near the Plaza Mayor of Madrid, in a central area of the capital.

Many relevant and famous people have visited Botin, the world’s oldest restaurant. The best known writers for English speaking readers could be John Dos Passos, Scott Fitzgerald, Ernest Hemingway, Graham Greene, Frederick Forsyth among others. Most of them mentioned this oldest Restaurant in their works.

At the death of the founders, the business was continued by a Jean’s nephew named Candido Remis. The current name of this place “Sobrino de Botin” comes from that time (1868). 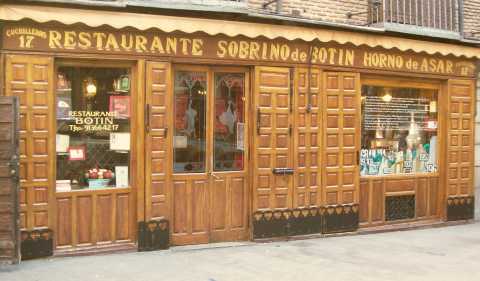