↓
Home→Health→New Countries for the Mediterranean Diet
Updated on March 13, 2017


March 13, 2017
Inclusion of other countries in the List of the Mediterranean Diet
Posted by Alberto Roycor Updated on March 13, 2017

Delegations of Spain, Italy, Morocco and Greece met on April 13th 2011 in Madrid to study the inclusion of other countries in the representative List of the Mediterranean diet, as reported by the Spanish Ministry of Culture in a press release.

Government officials from the four states have agreed to create a methodology to extend this list to other countries, and have established a schedule of meetings and proposals to strengthen the initiative.

The Mediterranean diet was included in the World Heritage List in the UNESCO Committee held in Nairobi (Kenya), between 15 and 19 November 2010.

Besides the gastronomy, the Mediterranean Diet covers the techniques, rituals, symbolism and emotions of countries bordering the Mediterranean, a project of international character and openness to other regions.

Other countries could be (considering Adriatic Sea part of the Mediterranean Sea):

France, Monaco, Slovenia, Croatia, Montenegro, Albania, Turkey, Syria, Lebanon, Israel, Egypt, Libya, Tunisia, Malta, Cyprus and Algeria. We could also include, for proximity, San Marino, Serbia, Bulgaria, Macedonia, Palestine (future state) and Portugal. This last country is very “Mediterranean” in its habits and gastronomy, even not touching the Mediterranean Sea. It is included in the Atlantic Diet zone (See “Promoting the Atlantic Diet”). In the map, Serbia and Montenegro appear as “Yugoslavia”. 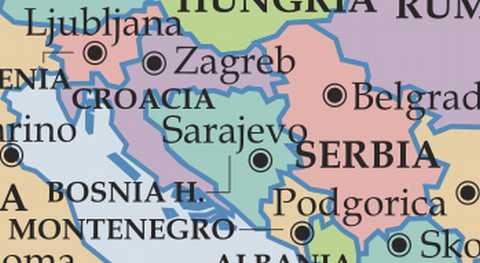