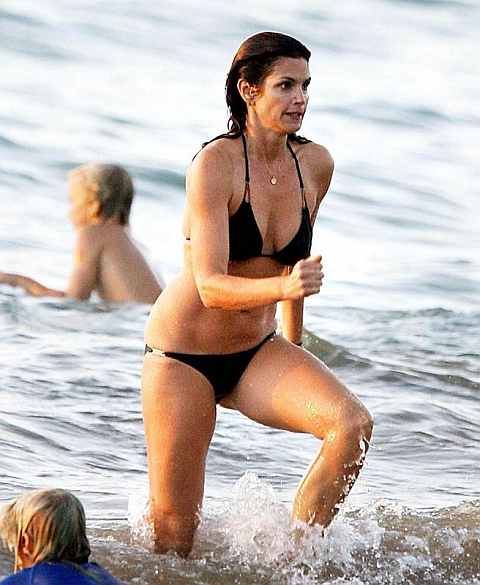 The revolutionary Zone Diet gets its name to the fact that it tries to maintain the insulin in a stable zone, in such a way that neither allow to our glucose level descend causing to us fatigue, nor that it might raises causing, as a reaction of the hormone to turn those excess of carbohydrates fats. It was developed by the Dr Barry Sears at the beginning of the Nineties to treat cardiopathies and diabetes. In 1995 he published his first book, “The Zone Diet“.


Soon, the Zone Diet was followed by known Hollywood artists like Madonna, Jennifer Aniston, Brad Pitt or Cindy Crawford (*). It was the main reasonwhy it became extraordinarily popular. From this page, which we are very critical with the “miracle diets”, we do not see special danger in following the Zone Diet, mainly because it recommends to follow it under medical monitoring. It is a balanced diet, very related to the Mediterranean diet, of which it eliminates its few components of red meat, animal fats and refined sugars.

Anyway, the Zone Diet has about twenty years of life, reason why we do not know its indirect  or side effects. Some scientists suggest that it eliminates certain products that are been associated to the human feeding behaviour during thousands of years. And that this action might have long term effects like the development of some type of carcinoma. But all this is pure speculation. Nevertheless and just in case, I do not lose the special opportunities to enjoy a good Iberian cured ham, a blood sausage snack, a Madrilenian stew, a paella or a good ice cream. The absolute prohibitions annoy and scare me. Anyway, I am moderate. Actually, I have known people who, after the anxiety that “prohibited fruits” caused to them, they left the Zone Diet (and many others) and throw themselves to uncontrolled excesses.

This does not happen with the Mediterranean Diet followers. It maintains yourself psychologically satisfied. In special occasions, you do not despise exquisite delicacies , although you do not buy them for habitual consumption. On top of that, you do not give an image of eccentric person (that normally undergoes social rejection and labor distrust) and nobody have to relate your good form and your good body to a hard and “cruel” life.

Anyway, when I eat more that I should have done, I try to burn it.

The Zone Diet recommends to make five meals to the day. Three of them should be strong (breakfast, lunch and supper) and two, lighter, at mid-morning and as afternoon snack. It advises not to let pass more than four hours without eating, in order that the rate of insulin does not rise. It would alter the sugar level in blood.

And a Zone Diet menu type would be:

Example a) Toasted integral bread with proteins: turkey or chicken breast, white of egg and coffee or red tea or green tea (no very loaded) black or with skimmed milk.

Example b) Two skimmed yogurts’ with muesli (not sweetened) and coffee or tea.

a) a piece of fruit (pear, apple) and five almonds or hazelnuts.
b) a dry dessert of soybean and fruits.

A protein combination (chicken breast 120 grs; either 120 turkey breast, or hamburger chicken-turkey; or tuna 140 grs; either 180 salmon grs, or hake 180 grs). You can add a carbohydrate: cabbages, cauliflower, broccoli, green beans, tomato, lettuce and some fruit.

Something I miss from the Zone Diet is that it does not encourage the daily activity and the exercise. The Mediterranean Diet does.

(*)The article of Us Weekly’s “How Brit Got Thin” relates how Britney Spears lost 26 pounds in one month completely alone, without guidance, pills or trainer.

Many people thinks she followed the zone diet, being a movie star. But  Britney Spears’ diet was completely different and very simple. She had just healthy snacks, fruit, nuts,  low-fat yogurt shared in six small meals a day.

You have more alternatives. One of them completely safe, natural and proved during thousands of years: The Mediterranean Diet Plan.