March 25, 2017
Obese people is the result of lack of information and food government’s policies
Posted by Alberto Roycor Updated on March 25, 2017 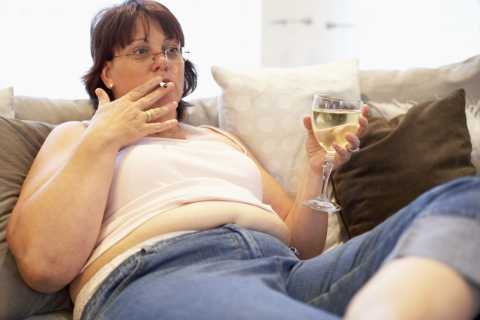 Many consider than obese people are a heavy cost for the society. Obesity is a condition that can be avoided. It is determined by the fact that the person gets more calories than he can be burned. Cutting off calories surplus is the remedy. The proof is that in the worst morbid cases, an operation to reduce the stomach is recommended. And it works. Other cases are treated with an intragastric balloon, and it also works.

Both treatments are designed to make the person eat less. Then, if obesity is considered a sickness, it is obviously a sickness of the will.

Obese people should be conscious of their high death risk

People should look after their health. Smoking, drinking heavily, taking drugs are a serious attempts against this health, as it is eating too much. The problem is that the consequences are paid by the whole society, by all of us.

Taxes on tobacco are rising. Taxes on strong drinks are rising as well. Now some countries are establishing taxes on saturated fats. Sooner than later, governments should have to consider punishing economically and in some way, obese people. One way could be make them pay more for health insurance.

This seems cruel, but doctors that tell patients that they cannot fight against obesity without their expensive “help” are not doing them any favor. The favor and the profit are for those doctors. People should be conscious that their lives are in a serious risk being only 10% overweight. And that they can solve the problem without any paid treatment. Obese people can solve it just with determination. Go to Tips to lose weight.

Nevertheless, there are worse problems. Parents who grow obese children should be prosecuted. They are creating bad habits for them and provoking in them premature and important health problems. In some way, this behavior should be considered as child abuse. Authorities should detect the worst cases and – at least –protect the children withdrawing the custody from their parents. The Galician Government (Spain) did that when detected a seven years-old boy weighing 190 pounds.