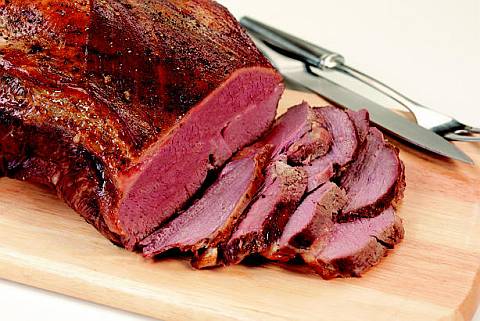 The Atkins Diet is a low-carb diet created by Dr. Robert Atkins from a diet published in the “Journal of the American Medical Association” and used by him to treat successfully his own overweight condition.

Later, he popularized the Atkins Diet in his books, the first of which was “Dr. Atkins Diet Revolution”, published in 1972.

In further editions of the book “Dr. Atkins New Diet Revolution”, he corrected some of his ideas, but held the basics of them as they were in the original design.

Dr. Atkins died in 2003.  The company he founded filed for Chapter 11 bankruptcy in July of 2005. In January 2006, the company was refloated. Today, Atkins is a franchise that distributes food products and related merchandise through licensed-proprietary branding.

How is the Atkins Diet?

When born, the Atkins Diet was a completely new conception of a diet. Nobody had dared to recommend a dietary pattern that were considered completely unhealthy. Atkins Diet allowed to eat any amount of fats and proteins, including animal fats. But the dieter had to reduce drastically carbohydrates, especially the refined ones.

The problem (this came later) were the “trans fats”. These fats come from hydrogenated or partially hydrogenated oils, and are much more decisive in developing these diseases. According to that, Dr. Atkins changed the most important diet habits (and food pyramids), claiming that the huge increase of obesity and metabolic disorders of the 20th century had its cause in the carbohydrates consumption, specially the refined ones.

Consequently, The Atkins Diet means restriction of carbohydrates. The purpose of this is to force the body’s metabolism to switch from burning glucose as fuel to burn the fat stored in our body. This process is named ketosis and can be easily recognized by the intense odour of ketone in the breath. To reach this, our level of insulin must be low.

How to start the Atkins Diet?

There are four phases of the Atkins Diet:

The Induction phase is the first one of the Atkins Nutritional Approach. It is very restrictive and intends to cause the body to enter the state of ketosis. Carbohydrate consumption is limited to 20 net grams per day (you have to discount the fiber), most of which should consist of green salads and other vegetables as broccoli, spinach, chard, green beans and asparagus.

Atkins Diet allows you can eat any amount of meat, fowl, fish, shellfish, and eggs; up to 4 ounces (113 grams) of soft or semi-soft cheese, butter and vegetable oils. You have to drink at least 2 liters of water per day during this phase. Alcoholic beverages are banned and caffeine is allowed with moderation or prohibited in case of clear addiction. A daily multivitamin with minerals is also recommended.

The Induction Phase is when can be seen the most drastic weight loss specially when combined with daily exercise. Multivitamins should be taken.

The Ongoing Weight Loss phase (OWL) of Atkins Diet consists of an increase in carbohydrate intake, increasing each week by 5 net grams daily. A goal in OWL is to find the so called “Critical Carbohydrate Level for Losing” and to learn in how to control the craving, the desire in developed by different how food groups. The OWL phase lasts until weight is within 10 pounds (4.5 kg) of the target weight.

During this phase, more vegetables should be added. For example, salad, asparagus, cauliflower and a little of avocado. One must follow Dr Atkins carbohydrate ladder and add fresh dairy. The ladder has 9 rungs and one of them should be added every week in order given.

The rungs are as follows:

Carbohydrate intake is increased again by 5 grams net every week from the ladder. The goal in this phase of Atkins Diet is to find the “Critical Carbohydrate Level for Maintenance”. This is the maximum amount of carbohydrates you can have without gaining weight.

This may well be above the level of carbohydrates inducing ketosis. Therefore, it is unnecessary to maintain a ketosis.

This phase of Atkins Diet, lasting the rest of your life, is intended to carry on the habits got in the previous phases, and avoid returning to the previous weight.

Our rate: Atkins Diet is a low carb, high protein, high fat diet and is potentially dangerous. Don’t follow it without medical advice,