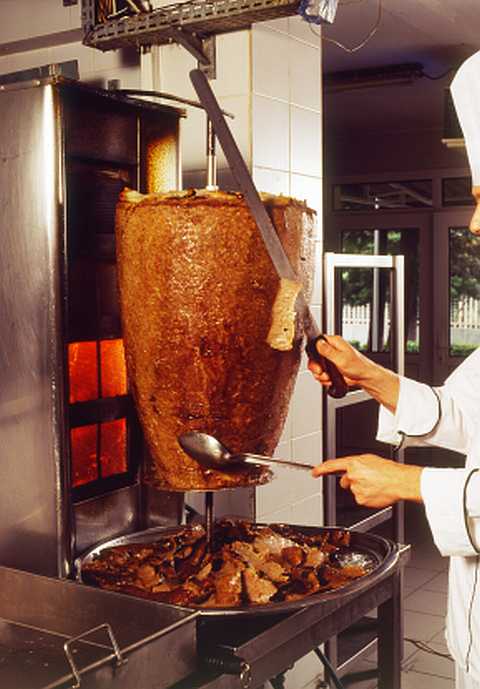 One the two types of kebab:Doner (döner) kebab

There are two types of kebab, the doner (döner) kebab, made in a vertical rotating spit, and the shish kebab, consisting of meat threaded in a thin wood or metal stick and grilled.  It is better to see the pictures. All the rest of dished called kebab are based in one of this two main methods.

The first one is made of meat, normally lamb or chicken, and the sliced strips are served in pita bread, accompanied by raw, roast vegetables or salad. In this case in called “shawarma” in Middle East and “gyros” in Greece. Very often include hummus. To take away, the shawarma is rolled.

There are many types of sawarma sauces. The more classics contain yogurth, lemon, garlic and pepper. The simplest are just the sauce coming from the rotating spit. 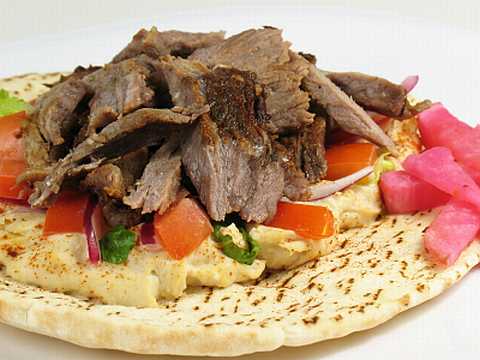 It can be also served in a dish with salad and pita bread.

The second one is made of lamb or chicken pieces, intercalating vegetables and/or fruit. Later is grilled. Normally is served with salad.

These dishes have their origins in the Near East.

In Andalusia (Spain), there is a variant of the shish kebab, called “pinchos morunos”, and normally are made of lamb, chicken or even pork. (no religion problems) 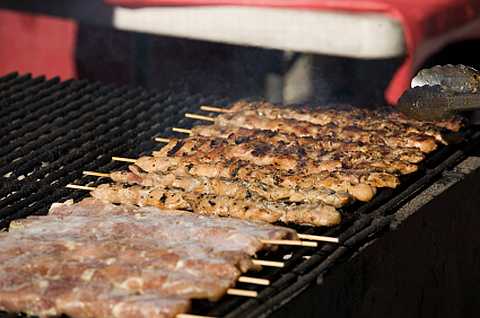